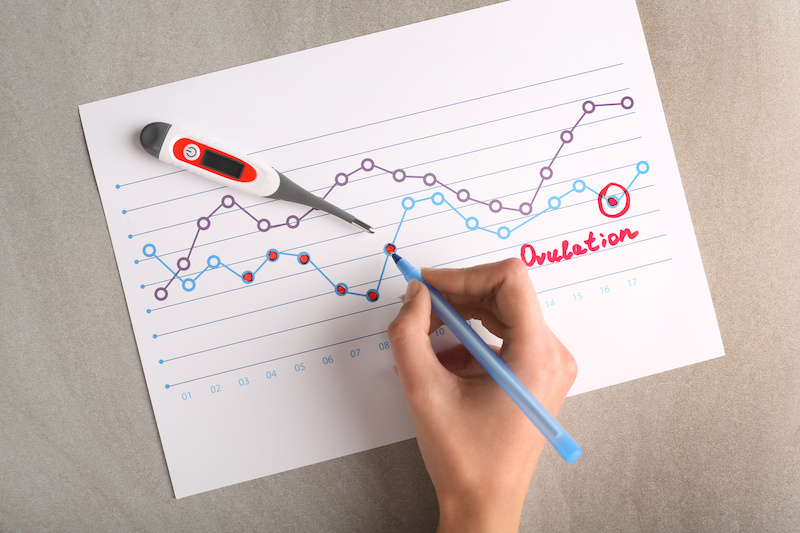 Ovulation is a key part of the menstrual cycle and is the process that brings eggs from the ovaries into the uterus so they may be fertilized.

If you are trying to conceive or are using natural family planning and fertility awareness methods such as the rhythm method for birth control, it is important that you understand the process of ovulation.

The American Pregnancy Association is a great source for learning more in-depth about the process of ovulation and how you can track it, but here some basic things to help you gain a better overall understanding of ovulation.

Ovulation and the Menstrual Cycle

Ovulation is the part of the menstrual cycle in which a mature egg is released from an ovary and travels through one of the fallopian tubes and towards the uterus where it may be fertilized by sperm.

During the menstrual cycle, an egg will mature in an ovary. When it is mature, it will be released from its follicle and the ovary itself to make the journey towards the uterus and the possibility of fertilization.

While the egg has been maturing, the uterine lining has also been thickening in anticipation of a fertilized egg implanting in the uterine wall. A menstrual period occurs when there is no fertilization or implantation and the uterus sheds the lining and the egg with it.

Without ovulation, natural conception cannot be achieved. To successfully conceive there are several processes that depend on each other. Ovulation is one of those key processes that enable procreation.

Perhaps the easiest and most accurate way to find out if you’re ovulating is by using a testing kit. These over-the-counter kits test your urine for increases in certain hormones to determine the likelihood of ovulation.

There are also a few physical signs you might notice that can indicate you are ovulating. These include changes in basal body temperature and vaginal secretion.

Vaginal secretion changes during ovulation and becomes clearer, stretchy, wet, and less viscous. This is due to an increase in the cervical mucus needed for ovulation. Many women will notice this difference because when they are not ovulating, secretions are less noticeable and may be cloudy and thick.

Here are some facts and statistics to keep in mind as you begin to track your cycle in preparation for conception or for fertility-awareness-based birth control:

GreenValley OB/GYN was founded over 70 years ago and has been committed to providing the highest quality to the women of the Triad ever since. Our certified OB/GYN physicians and our fantastic staff are dedicated to working with patients to achieve health goals and maintain