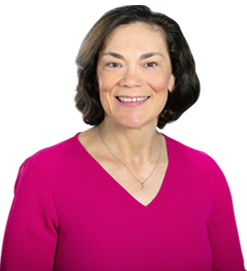 Dr. Horvath joined Green Valley Ob/Gyn in 2003. She had previously been in private practice in Abingdon VA where she had fulfilled an Underserved Area Scholarship for four years. Dr. Horvath first became interested in Ob/Gyn while at the University of Virginia where she found that the discipline provided a unique opportunity to treat women with surgical and medical therapies while helping to maintain their health over the long term. During her residency at the University of Texas at Houston, Hermann Hospital, she became proficient at colposcopy, high-risk obstetrics, laparoscopy, and urogynecology. Since 2011, she has added Robotic Surgery with the DaVinci system to her expertise and can offer minimally invasive surgeries such as total laparoscopic hysterectomy and myomectomy. Her practice includes women from adolescence to menopause and her focus is on total health for her patients.

Dr. Horvath has shown leadership in her profession by actively being involved in areas outside the office. Since 2014 she has been involved in the largest single-specialty Ob/Gyn group in the country, Unified Women’s Health, and has been Chair of the North Carolina section recently. She is also active in the Gyn Triad Committee and now co-leads the Robotic Quality Counsel of Cone Health.

In her recreation time, Dr. Horvath is an avid cyclist. She has raced in triathlons and cyclocross and rides every chance she can. She has also completed 3 marathons and in 2011 completed Iron Man Lake Placid, New York. She also loves golf, scuba diving, and traveling. She believes in maintaining a healthy, active lifestyle and hopes to encourage and inspire her patients to do the same.