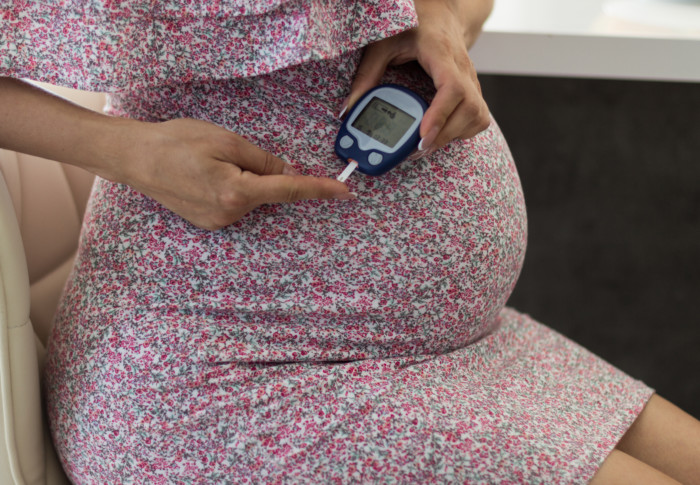 If you are trying to get pregnant or are currently in the early stages of pregnancy, you probably have concerns about certain pregnancy-related health issues and risks. One condition that many mothers have heard of and are concerned about is gestational diabetes.

If you have concerns about gestational diabetes, it is best to consult your doctor. But there are some important things you should know about it in the meantime.

1. Gestational Diabetes Occurs During the Middle of Pregnancy

Doctors usually begin testing for gestational diabetes between 24 and 28 weeks. However, if you are overweight, older than 35, or have a family history of diabetes, you may be tested earlier and more frequently.

2. If You Have Symptoms, See Your Doctor ASAP

If you think you have gestational diabetes, do not wait until the standard 24 to 28 weeks to get tested. See your doctor or healthcare provider right away so you can take steps to treat the condition if you do in fact have it. Symptoms include:

According to the American Diabetes Association, there is no universally proven and agreed-upon cause for gestational diabetes. However, there are certain things that point to why a woman without diabetes develops diabetes while pregnant.

During pregnancy, the placenta produces hormones needed for the baby to develop properly, which is a good thing for the baby. But these hormones can cause insulin resistance in the mother. This makes it difficult for the body to use its insulin.

4. More than One Test May Be Needed for Diagnosis

There are a couple of tests used to determine whether a woman has gestational diabetes. The first is called a Glucose Challenge Test. Depending on the results of this first test, a second test called a Glucose Tolerance Test may be necessary.

For the glucose challenge test, you do not need to fast before the appointment. There are two steps for this test:

If your blood sugar is too high (above 140 mg/dL), you might have gestational diabetes. To confirm the diagnosis, you will need to have a different test done.

The results of that test will be analyzed. If the glucose level in one of the four samples (fasting, one hour, two hours, three hours) is too high, your doctor will probably have you schedule another test for four weeks later. If the glucose levels are too high in two or more of the samples, then you will be diagnosed with gestational diabetes.

5. Gestational Diabetes is Often Controlled Through Diet and Exercise

You may be able to decrease your chances of developing gestational diabetes by making the same basic lifestyle changes before you get pregnant. Losing weight can lower the risk for type two diabetes in people who are not pregnant, and one of the risk factors for gestational diabetes is being overweight. Eliminating that risk factor before it can become a problem might be helpful.

If your diabetes is not effectively controlled, the high blood sugar will “overfeed” the baby. This causes the baby to become extra-large, a condition called macrosomia. An extra-large baby can complicate delivery, harming both mother and baby. C-sections are more common with large babies.

Macrosomia can cause issues for the baby after birth as well. They are at high risk for childhood obesity and type 2 diabetes as an adult.

7. Gestational Diabetes Increases the Chance of Needing a C-Section

Whether it is because of the baby being large or other complications, patients with gestational diabetes are more likely to require a C-section than those without the condition. C-sections require a longer recovery time than vaginal birth in most cases.

8. You Should be Tested for Diabetes after Pregnancy

After you deliver the baby, you still need to monitor your blood sugar. You should be tested for diabetes six to twelve weeks after the baby is born. After that, you should get tested every one to three years. Half of all women who had gestational diabetes later develop type 2 diabetes. Continuing to eat well and exercise can reduce your risk.

At Green Valley OB/GYN, we want to make sure you and your future baby get the best care possible to promote good health for you both. If you have concerns about pregnancy, whether it be gestational diabetes or something else, call us at (336) 378-1110 to schedule an appointment.

I’ve been a patient with Green Valley OBGYN for almost 20 years. I had my first and only child while under their care. When my doctor retired and despite the fact that I now live in Winston Salem, I requested and was obliged and stayed on with another doctor. I love the care and referrals they provide me when needed. I also like the fact that I can do my mammogram right there on site. And the check out and billing…flawless!

I’ve been a patient of Dr. Anderson’s for over 20 years, and he is a wonderful doctor who takes a lot of time to listen to his patients. The entire staff is friendly; it’s easy to make appointments. I highly recommend this practice.

Dr. Clark is amazing. She listens, provides feedback and she is thoughtful and easy to comprehend. She is patient and willing to answer any question or concern you have. I am so glad I chose her as my doctor.

Dr. Horvath has been my doctor for over a decade now. She takes great care and I always feel safe with her as my treating physician. Her nurse is so kind and I look forward to seeing her every visit as well.

I seriously can’t thank this staff enough . They are so kind . From the ladies at check in to the ladies at check out & of course my favorite Doctors ! Dr. Horvath has been so good to me . So compassionate and understanding. The nurses AMAZING , the ultrasound techs Kathy and the other lady just a true pleasure! Thank y’all all so much for making me feel so comfortable during this pregnancy.

My visit with Dr. Wein was exceptional as usual. He is a very caring physician and always has been professional and tired to accommodate my wishes concerning my physical conditions. It is very hard to find this kind of care. Thank you!

When coming to your office I always feel welcomed, and people listen to what I say. They care about us. This can be seen in their faces, body language, and in their caring words. I have full confidence in the doctor and the staff.

Dr. Kendra Ross is amazing. Had complications during post menopause that sent me to the hospital twice for uncontrollable bleeding. Dr. Ross found and corrected the problem after 2 visits. She’s “to the point” yes “comforting” to your needs. Referred her to my daughter and we both trust her taking care of our health needs.

Dr. Callahan is exactly the type of doctor I spent years looking for! She always listens and answers all of my questions. I feel comfortable knowing she cares about my overall health and well being.